Final round of co-creation meetings in Peru

The Peruvian COHESION team visited the communities of Pingola and Sicacate (Piura region) as well as the regional office of the Ministry of Health in Sullana on 14-17 April 2018 to hold the last co-creation sessions to complete the intervention design. The goal of these meetings was to share with them the WHO health system responsiveness framework we have selected to guide the intervention development and evaluation and to get their feedback on the specific responsiveness domains they considered to be most relevant in these communities. 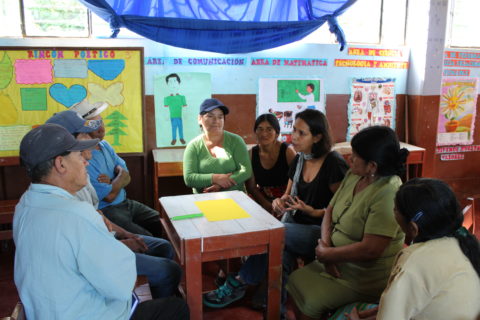 The responsiveness framework has eight dimensions and, from the formative studies done in the communities, we knew that five dimensions were particularly relevant: clear communication, dignity, autonomy, prompt attention and confidentiality. We wanted to know the two most important ones for the different stakeholders that could be addressed by the COHESION project.

The community level session in Sicacate had around 46 participants and in Pingola the discussion was held with approximately 40 people. In both places it was interesting to hear the participant´s own views of the topics presented. The eight officials from the regional office of the Ministry of Health were delighted with this approach and commented about the different challenges regarding each dimension that these population face. Overall, community members, health workers and health officials considered the WHO Health systems responsiveness approach was a good idea. 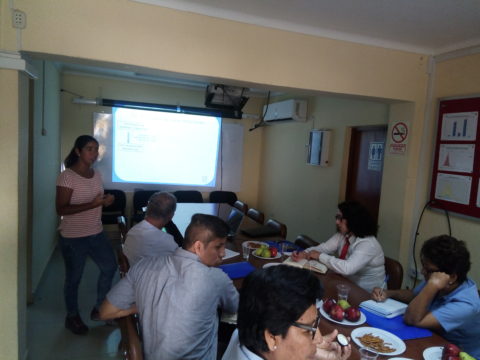 After holding these meetings three different sessions were held on 18-19 April with four members of the Advisory Board. In these meetings, they provided suggestions about the implementation of the responsiveness approach and about the intervention proposal.

The COHESION team is very grateful for the high involvement and feedback provided by the co-creation session participants and by the Peruvian Advisory Board.

The COHESION blog is the place to find the latest news. Check out our very first post, written by Dr. David Beran (Principal Investigator) of COHESION: “So, who is COHESION?”