On the 15th of November the COHESION Project organised a series of events to: discuss important issues from its work on partnerships; share and contextualise some of its work on Primary Health Care and the need for health systems to meet the needs of the populations they serve; and use the work COHESION had done on health systems as an opportunity to hold a workshop on health systems research.

The events included the representatives of the Peruvian and Swiss governments, World Health Organization (WHO), Swiss Agency for Development and Cooperation, International Federation of Pharmaceutical Manufacturers Associations, Medicus Mundi Switzerland, ESTHER Alliance Switzerland as well as members of the COHESION Team.

Rather than discuss the rich content of the discussions throughout the 15th of November, which will soon be presented as policy/research briefs, the COHESION Project thought it might be of interest and use to look at the Who, What, Where, When, and Why of dissemination around a project such as COHESION.

Beyond this event the project has had many other dissemination activities, but looking at the “Who” for this event there was both the “Who” in terms of speakers as well as “Who” in terms of participants. The “Who” in terms of speakers relied on the close links between the COHESION Project and a variety of stakeholders as well as those that could add to the discussion on partnerships, could contextualise the findings from our research into the wider agenda as well as provide complementary experience to our project with regards to health systems research. For participants the “Who” was the wide audience of global health actors in Geneva, as well as expanding this with the possibility of participating online. Also, the event on the health system results was a joint meeting between Peru and Geneva.

In discussing the “What” with the COHESION Team it was clear that different formats were necessary. The “What” comprised experiential results from the complexities of a multi-country and multi-disciplinary partnerships bringing in different experiences from different sectors and organisations. For the session on the COHESION results rather than making it only about the COHESION results the team worked hard to involve experts from WHO involved in similar topics to embed the COHESION results into the larger agenda as well as have an audience of experts in Peru, including people from the Ministry of Health, to share global perspectives as well as local realities. Finally, having a hands-on workshop in Peru catered to another audience and was a different way of dissemination through sharing the expertise in health systems research the COHESION Team developed through this project.

With regards to the “Where” early on it was decided to have any event online to widen the audience. Then the idea of having a joint event between Peru and Geneva came about as COHESION was a project that had as its aim to benefit our partner countries, but also could take advantage of the global health actors in Geneva. By taking this approach the event not only allowed for multiple audiences to participate as geographical “Where” was not important, but also ensured that the event had a minimal carbon footprint with only one person needing to travel part of their journey by plane due to another engagement and not specifically for this event.

Given that the event was webcast, was joint between Geneva and Peru and involved a variety of experts the “When” was determined by all these factors, as well as the availability of a room in Geneva and in Peru with the capacity to have a webcast live event. A lesson from this event is that in having a multi-country live event needs to really consider the different times of the day and ensure that these are reasonable for all participants. All the interactions were filmed and it is hoped that these will then be put online so that the “When” becomes on-demand.

Finally, “Why”… In looking at “Why” it is important to think about “Why” this approach. Firstly, to not just showcase our work and have presentations of results, but put our work and findings into a larger context. For partnerships this was as much sharing our experience as learning from others both from the Keynote presentation by Collaboratio Helvetica as the exchanges by the panel. The session on Primary Health Care was to show the relevance of our work by linking it to global discourse from the WHO and local realities in Peru.

Dissemination is important for any project to ensure that lessons learnt are shared with a wider community. The COHESION project has ensured that dissemination activities were a core part of its project, locally, nationally and globally, as well as in conferences and in peer-reviewed papers. The lessons learnt from the COHESION Project and the event on the 15th of November will allow for further dissemination and continual learning in addressing important questions on ensuring that the Sustainable Agenda is met. 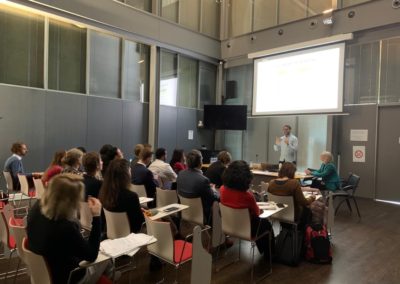 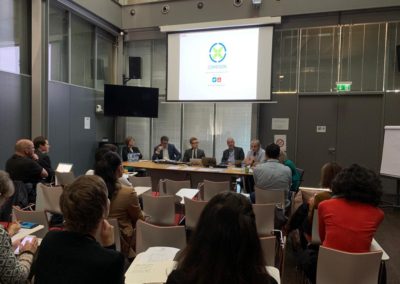 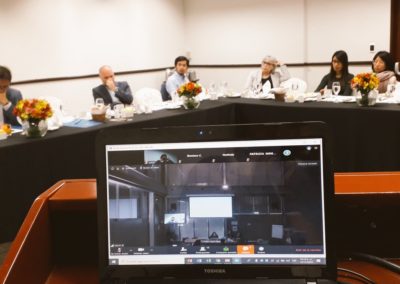 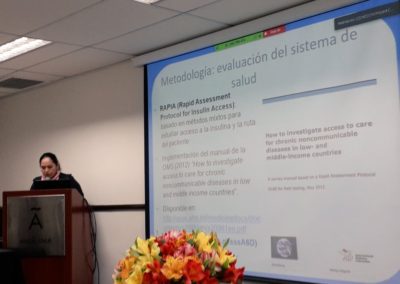 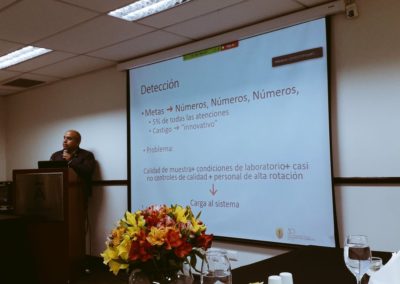 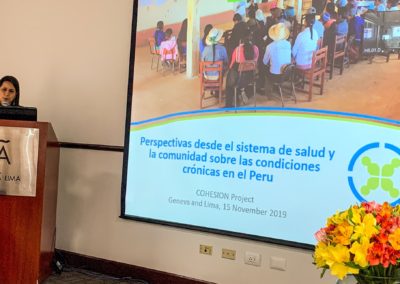 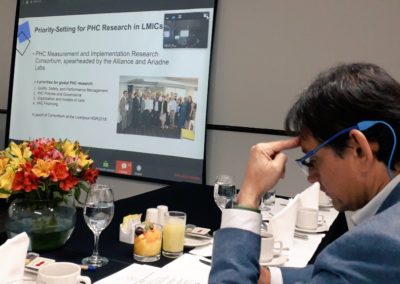 The COHESION blog is the place to find the latest news. Check out our very first post, written by Dr. David Beran (Principal Investigator) of COHESION: “So, who is COHESION?”